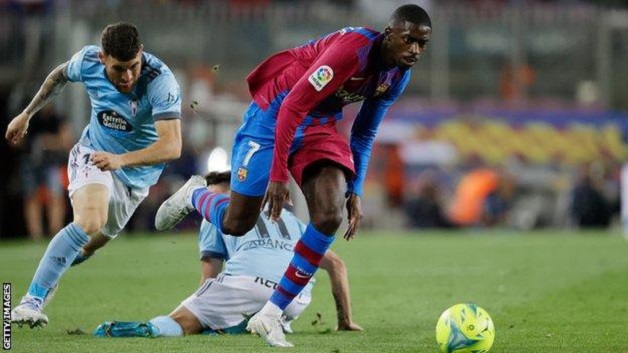 The 25-year-old’s previous deal with the Spanish side had expired this summer but he has now committed to a fresh deal until 30 June, 2024.

Dembele joined Barcelona from Borussia Dortmund in 2017 in a deal worth an initial £96.8m and potentially rising to £135.5m.

His time with Barcelona has been hampered by injuries but he managed 13 assists and two goals in 32 appearances last season.

Dembele had been linked with a number of Premier League clubs, including Chelsea, and French champions Paris St-Germain.