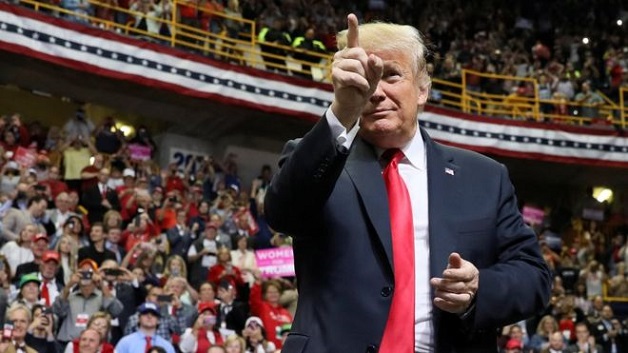 The US mid-term election campaign is entering a frenzied final day, with the poll’s outcome seen as a verdict on President Trump’s first two years.

The opposition Democrats are hoping to retake control of the House of Representatives, while Republicans seek to tighten their grip on the Senate.

Turnout is expected to be high, with more than 34 million Americans already having voted in the election.

“You gotta get to the polls on Tuesday, and you gotta vote,” President Trump said in Macon, Georgia. “The contrast in this election could not be more clear.”

According to the BBC, in recent days President Trump has ramped up his rhetoric on issues like immigration, accusing Democrats of wanting to “erase America’s borders” at a rally in Tennessee.