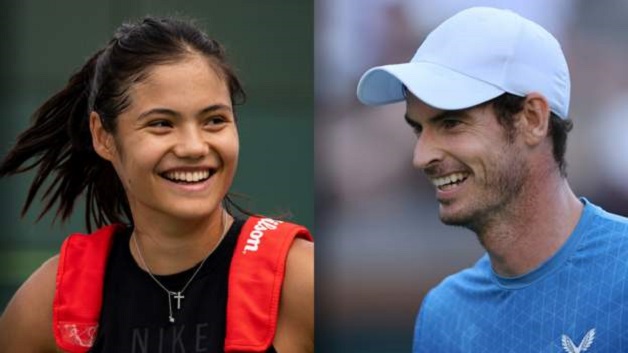 Emma Raducanu has hinted that a dream mixed doubles partnership with Andy Murray could happen “soonish”.

British number one Raducanu, 19, says teaming up with former world number one Murray is something both players want.

“We haven’t actually spoken about it but it’s something we feel we both want to do,” said US Open champion Raducanu, who begins her Wimbledon preparations at the Nottingham Open on Tuesday.

Murray, 36, is a two-time Wimbledon champion and previously played in the mixed doubles at the grass-court Grand Slam alongside American 23-time major singles winner Serena Williams in 2019.

Raducanu played the first WTA match of her career at the Nottingham Open in June last year and, just three months later, became the first qualifier to win a Slam in a remarkable triumph at the US Open.