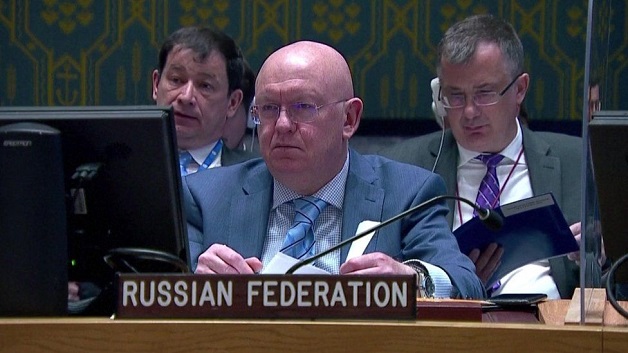 Russia’s UN ambassador has stormed out of a UN Security Council meeting after the European Council president blamed Russia’s invasion of Ukraine for causing a global food crisis.

President of the European Council Charles Michel said Russia was using food supplies as a “stealth missile” against the developing world, forcing people into poverty.

The war has left food stuck at Ukrainian ports.

Ukraine is a large exporter of cooking oil as well as cereals such as maize and wheat. Russia also exports vast amounts of grains as well as fertiliser. The lack of these exports has caused the price of alternatives to soar.

Charles Michel added that he had seen for himself the millions of tons of grain stuck in the Ukrainian port of Odesa because of a naval blockade enforced by Russia.

Mr Michel also accused Russia of stealing grain and preventing crop planting and harvesting in Ukraine because of its military activities there.