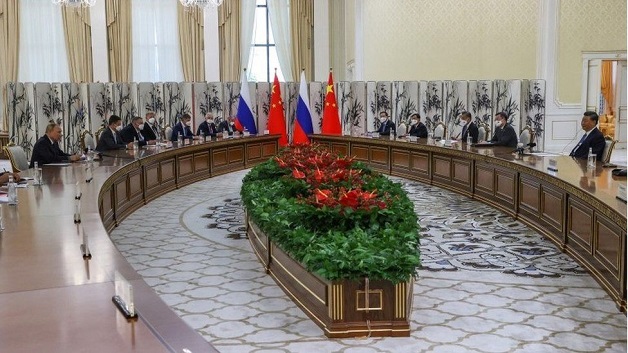 Vladimir Putin has thanked President Xi Jinping for China’s “balanced position” on Ukraine, in their first face-to-face talks since Russia invaded the country.

The Russian leader met his counterpart at a summit in Samarkand, Uzbekistan, where he condemned “attempts to create a unipolar world”.

Mr Xi said China was willing to work together with Russia as “great powers”.

China hasn’t endorsed Russia’s invasion but has steadily grown trade and other ties with Moscow since it was launched.

The two leaders’ meeting on the sidelines of the Shanghai Cooperation Organisation (SCO) summit comes at a crucial point in the Ukraine war, where Russian troops have lost ground in parts of the country in recent days.

During their last meeting in February – when Mr Putin travelled to Beijing for the Winter Olympics at Mr Xi’s invitation – the two sought to demonstrate their close ties, famously declaring they shared a friendship with “no limits”.