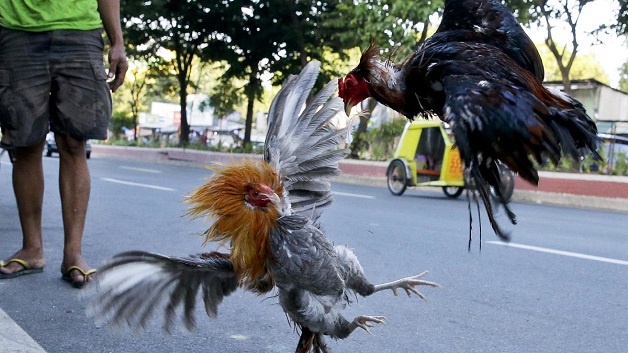 A Philippine police officer has been killed by a rooster during a raid on an illegal cockfight in the province of Northern Samar.

Lieutenant Christine Bolok was struck by the rooster’s gaff – a razor-sharp steel blade which is typically attached to the leg of fighting roosters.

The blade cut his left thigh, slicing his femoral artery. He was rushed to hospital and declared dead on arrival.

Cockfighting has been banned during the virus outbreak.

Before the pandemic, it was allowed only in licensed cockpits on Sundays and legal holidays, as well as during local fiestas lasting a maximum of three days, according to the government news wire The Philippine News Agency (PNA).