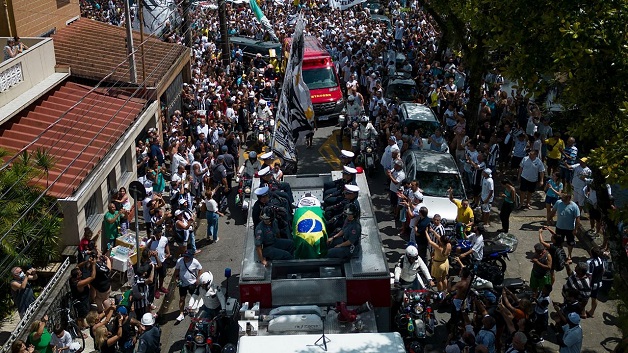 Brazil said a final farewell to Pelé on Tuesday, burying the legend who unified the bitterly divided country.

Newly inaugurated President Luiz Inácio Lula da Silva paid his respects at Vila Belmiro, the stadium where Pelé played for most of his career.

Pelé was laid to rest in the city where he grew up and became famous, and which became a global capital of his sport. Mass was held at the Vila Belmiro stadium before the black casket was driven through the streets of the city of Santos in a fire truck.

It was taken into the cemetery as bands played the Santos team’s official song, and a Catholic hymn. Before the golden-wrapped casket arrived, attendees sang samba songs that Pelé had liked.

FIFA President Gianni Infantino has told journalists that every country should name a stadium after Pelé.