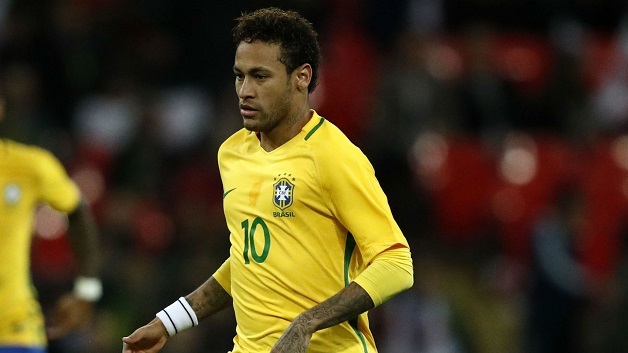 Neymar acknowledged yesterday that he was “not yet at 100 percent” after surgery on his fractured right foot, but the Brazil forward said he was ready to play for his country at the World Cup.

“I’m not yet at 100 percent. That will come with time. I’m still a bit scared of going all out, but there are still several days before our start,” the Paris Saint-Germain star told reporters at the Brazilian football headquarters in Rio de Janeiro.

“It’s going to take a bit more time for this fear to go away, but I’m ready to play. Nothing can stop me from doing so,” Neymar added, hours before a planned flight to London where the team will continue their World Cup preparations.

The world’s most expensive player has not played since hurting himself in a French league game against Marseille on February 25, but Neymar has been training for the past 10 days and took part in a national team preparation camp last week.

The 37-year-old ninth seed was well short of her best as Wang claimed a 6-4, 7-5 victory and gained a measure of revenge for her first-round loss to Venus at Roland Garros last year.

The seven-time Grand Slam champion has now lost both her matches at major tournaments this year, having reached the Australian Open and Wimbledon finals in 2017.

All 75 of Norwegian Cruiseline members test negative for COVID-19

Gasoline and diesel prices go up, Low-Sulphur Diesel down