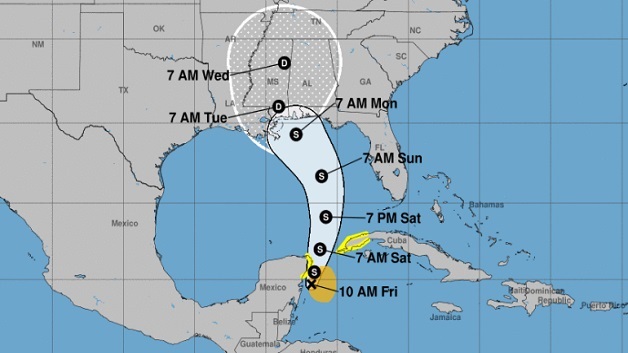 The first named tropical weather system of the 2018 hurricane season has formed.

According to the Associated Press, the US National Hurricane Centre says a disturbance moving toward the Gulf of Mexico is now subtropical storm Alberto.

Alberto had top sustained winds of 40 miles per hour early today and was located 55 miles south of Cozumel, Mexico. The storm was moving north-northeast at six miles per hour.

The storm is expected to bring heavy rain to the Yucatan Peninsula, western Cuba, Florida and the north-eastern Gulf Coast throughout the weekend.

A subtropical storm has a less defined and cooler centre than a tropical storm, and its strongest winds are found farther from its centre.