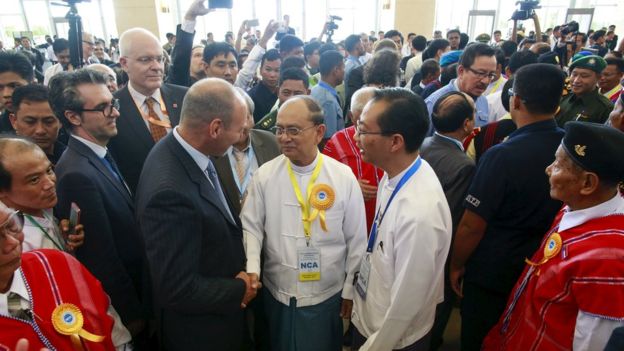 Myanmar has signed a ceasefire deal with eight armed rebel groups, in the hope of ending decades of conflict.

President Thein Sein said the deal had opened up the “road to future peace” in Myanmar, also known as Burma. But the most active of rebel groups have not signed the agreement, which comes after two years of negotiations.

Myanmar has been engaged in armed conflict with various ethnic and other groups seeking greater autonomy since independence from the British in 1948.

The violence has left tens of thousands dead over the years, displaced hundreds of thousands more and has been used by the military to justify its long hold on political power.

New Cabinet officially sworn in here in St. Vincent and the Grenadines