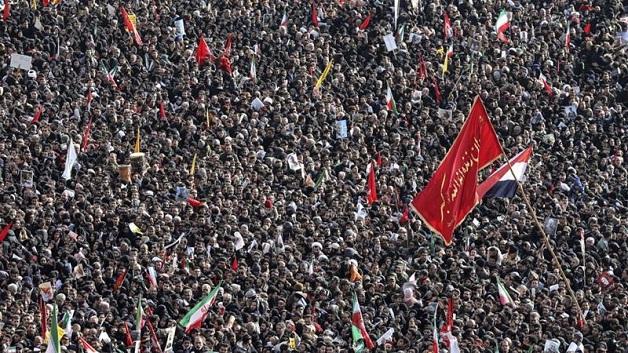 Huge crowds of mourners have poured onto the streets of Tehran to pay their respects to Qassem Soleimani, the country’s most powerful military commander who was assassinated in a US air attack in Iraq.

Aljazeera News quoted State television as saying, that there was aseveral million-strong turnout for the funeral proceedings for Soleimani, who was the head of the Iranian Revolutionary Guard Corps’s (IRGC) overseas forces.

Supreme leader Ayatollah Ali Khamenei, who has pledged “severe revenge” for the killing, presided over prayers for the slain general.

Standing next to Iranian President Hassan Rouhani and Iran’s Speaker of Parliament Ali Larijani, Khamenei wept at one point beside the flag-draped coffins containing the remains of Soleimani and five other “martyrs” killed in Friday’s strike in Baghdad.