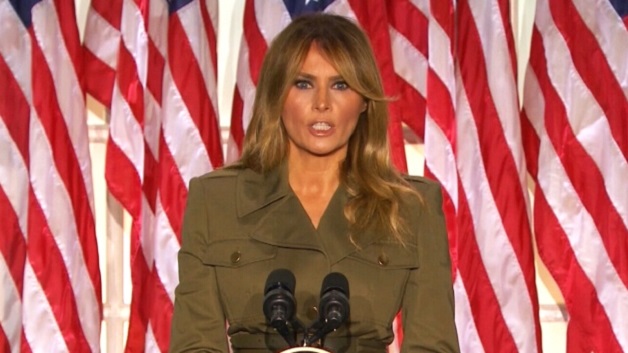 US First Lady Melania Trump has made a plea for racial unity, during a live speech from the White House to the Republican Party convention.

“Stop the violence and looting,” she also said as protests continued over a police shooting in Wisconsin.

Mrs Trump urged Americans to stop making assumptions based on race and reflected candidly on US history.

Her decision to speak from the seat of presidential power has angered Democrats, who say the venue was an inappropriate use of government resources for political purposes.