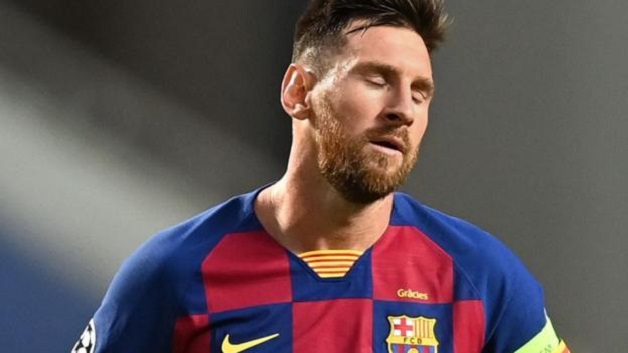 The Argentina international, 33, sent a fax to the club on Tuesday saying he wishes to exercise a clause in his contract, allowing him to leave for free with immediate effect.

Barca were beaten 8-2 by Bayern Munich in the Champions League quarter-finals on 16 August.

However, Barcelona believes the clause has now expired and Messi is contracted to the club until 2021 with a 700m euro buy-out clause.