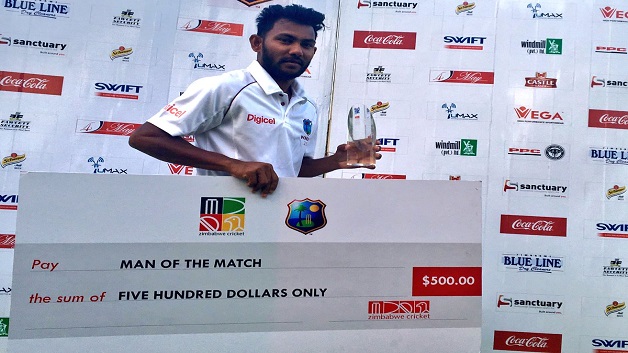 Leg-spinner Devendra Bishoo sliced through Zimbabwe to end with a nine-wicket match haul as West Indies easily brushed aside the hosts by 117 runs inside four days to take a 1-0 lead in the two-Test series in Jamaica yesterday.

Having set the African side an incredible target of 434 runs on the turner at Queens Sports Club, the Windies bowled them out for 316 runs in their second innings, with Bishoo picking up for 105.

According to CMC news, Bishoo, age 31 finished with nine for 184 which is the second-best bowling effort of his career to earn man of the match honours. Part-time off-spinner Roston Chase finished with two for 61 runs.

But after being well placed at lunch on 76 without loss, the hosts surrendered four wickets in the second session to lose their way, and the final six wickets clattered in the final session to avoid the match limping into the final day.

A training workshop to strengthen regulatory and market regimes in the CSME being convened...