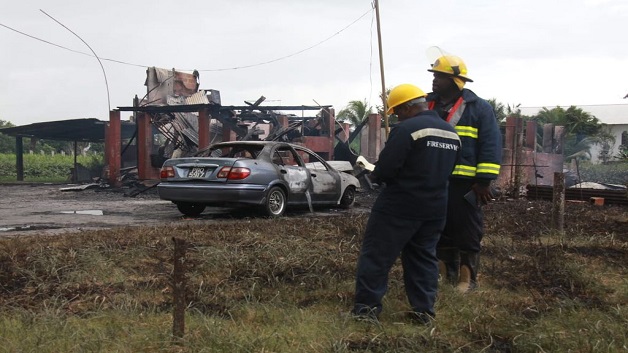 Trapped by his fear of being outdoors, a man was burnt alive in a fire which destroyed his home in Penal, Trinidad on Monday afternoon.

Raffie Mohammed’s, 52 year-old sister Nazra Baksh, who risked her life in a futile bid to save him, suffered extensive burns to her arms, back and legs as she tried to pull him out from under a swing in the upper floor of their house at Tulsa Branch Trace, Penal.

According to the Trinidad Guardian, Mohammed age 47, had suffered from Down syndrome since birth and had never before left the safety of his home.

He lived with his 87-year-old mother Shairoon Mohammed, following the death of his father Sonny Mohammed two years ago.