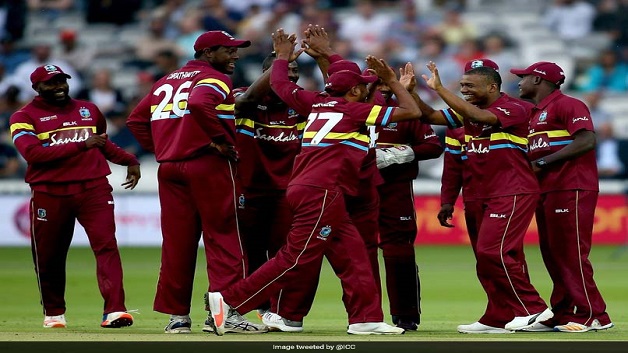 Sent in, the Caribbean side piled up 199 for four from their 20 overs, with the left-handed Lewis blazing 58 from 26 deliveries.

Afghanistan leg-spinner Rashid Khan proved expensive but was the leading wicket-taker with two for 48.

In reply, leg-spinner Samuel Badree (2-24) and seamer Russell (2-25) wrecked the top order as the World XI slumped to eight runs for four wickets in the fourth over. And though Sri Lankan Thisara Perera belted 61 from 37 balls, the World XI were dismissed for 127 with 20 balls remaining.

In fresh analysis of Beijing samples by the International Olympic Committee (IOC) in 2016, Carter tested positive for the banned stimulant that resulted in Jamaica being disqualified and stripped of the 4×100-meter relay title.

The CAS panel said it “could not accept any of the arguments raised by Nesta Carter contending that the test results should be ignored or the IOC (disciplinary) decision should otherwise be overturned for certain alleged failures.”