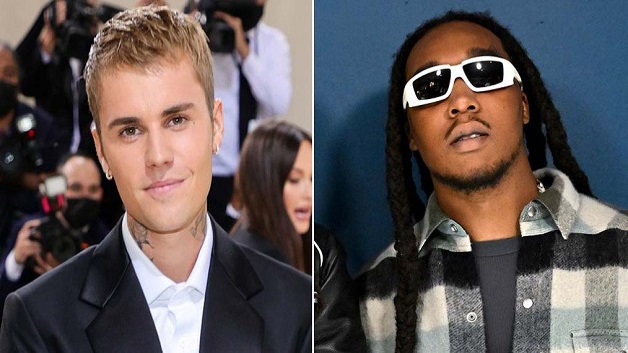 Justin Bieber will reportedly perform at Takeoff’s upcoming memorial service later this week, which will be held at the State Farm Arena in Atlanta, Georgia

Further details of how the pop star will pay tribute to the rapper, who was shot and killed, at age 28, last Tuesday in Houston, are currently unknown

The Baby hitmaker previously collaborated with the late performer’s band, Migos, on the tracks What You See and Looking for You

The arena, where the performer’s loved ones will gather to memorialize him, is capable of holding more than 20,000 people, according to TMZ

No other performers have been confirmed and attendees’ phones will reportedly be ‘confiscated from anyone’ that will present at the memorial, according to TMZ.

Bieber doesn’t appear to have posted any tributes to Takeoff, but this might be the ultimate way to honor the late rapper. Bieber’s and any other performance is gonna be a closely guarded secret the day of … all phones are going to be confiscated from anyone attending.

Takeoff was shot and killed last week in Houston after a dustup over a dice game. There’ve been people of interest ID’d by cops, but no arrests have been made.