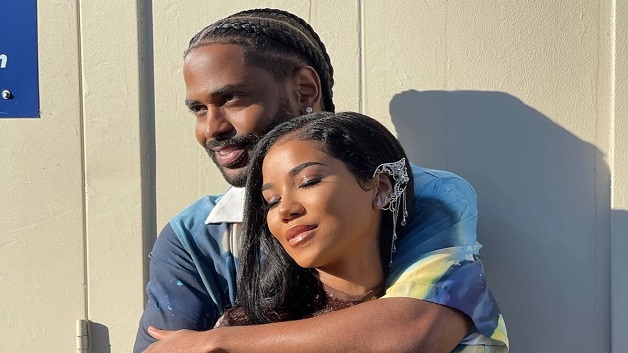 Big Sean and Jhené Aiko are expecting their first baby together.

The news of her pregnancy was shared on Friday by a fan who reportedly saw the couple in the grocery store with a heavily pregnant Jhene Aiko. The “Chilombo” artist and her longtime partner are yet to make the announcement, but it has been rumored that she was pregnant.

This would be her second child as she is the mother of Namiko Love Browner, 13, while this would be Big Sean‘s first child.

The pregnancy news was shared by a woman who claimed to have seen Jhene this week.

The tweet was not picked up until Friday as blogs reported the pair’s family is expanding.

Meanwhile, fans have been combing Jhene’s social media accounts for clues about her pregnancy. While she is beautifully made up, her recent outfits have been baggy and do not reveal any sign of a pregnant belly.

Big Sean and Jhené first met while on set for Big Sean and Lil Wayne‘s collab “Beware” in 2013, but it wasn’t until 2016 they started dating after Jhené became divorced from her then-husband, producer Dot da Genius.