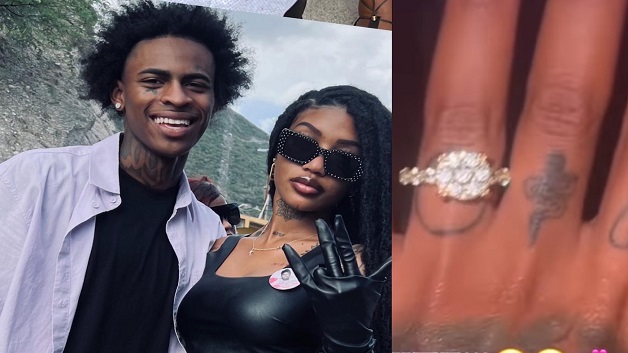 Things have gotten more serious between Jamaican singer Jada Kingdom and her rapper boyfriend Nas EBK after he surprised her with a promise ring on Sunday night (September 4, 2022).

The 19-year-old rapper posted a lengthy, heartfelt note to his Jamaican bae, who is celebrating her 24th birthday today, along with an accompanying clip of himself on bended knees saying something inaudible while Jada repeatedly yells, “Yes! Yes!” Before launching onto his person.

Jada, who signed to Republic Records last year, has been on the rise with several hits.

Her most recent, GPP, has received over 1.7 million views on YouTube.

On Friday (September 9), Jada is set to appear on a collaboration with American singer John Legend titled Speak in Tongues.