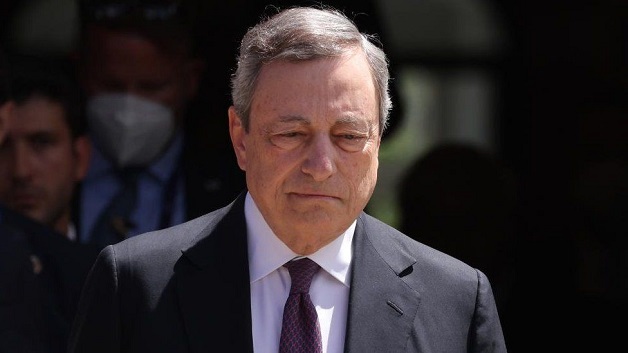 The former head of the European Central Bank has led a unity government since February 2021.

In a statement, he said the pact of trust that had sustained the unity government had gone.

However, the president refused to accept his resignation.

President Sergio Mattarella appointed Mr Draghi to lead Italy’s post-Covid pandemic recovery, and save the country from endemic instability. He has now called on Mr Draghi to address parliament to provide a clear picture of the political situation.

The effect of President Mattarella’s intervention is not entirely clear. Mr Draghi is expected to go to parliament next Wednesday – and with sufficient backing could remain in office.