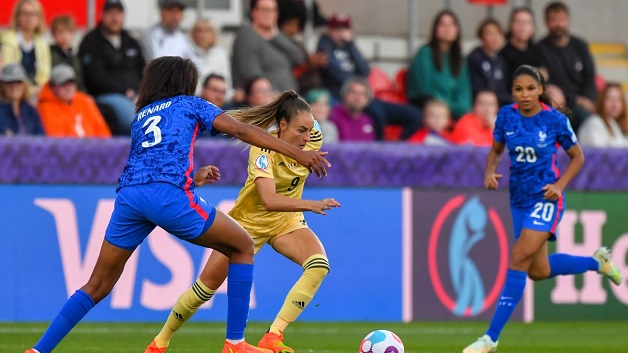 Euro 2022 has broken the record for the total attendance at a European Women’s Championship – despite still being in the group stage.

Euro 2017 in the Netherlands was attended by a total of 240,055 supporters, the record until now.

There are still 15 games remaining – including a likely record crowd for the Wembley final.

England’s 1-0 win over Austria in the tournament opener was watched by a record 68,871 at Old Trafford, 27,570 clear of the previous landmark when Germany beat Norway in the 2013 final in Solna, Sweden.