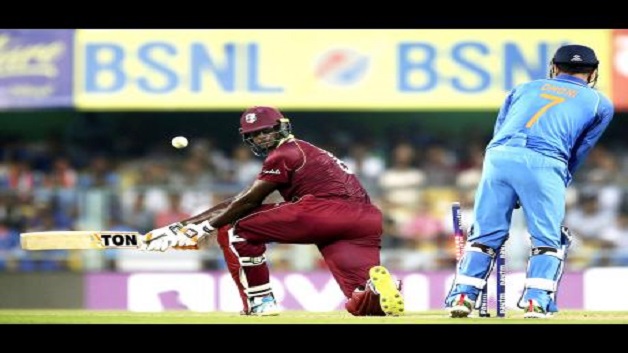 Captain Jason Holder has praised his side’s improved batting effort despite them suffering an eight-wicket defeat in the opening One-Day International (ODI) of the five-match series yesterday.

Sent in to bat first, the Windies marched to an impressive 322 for eight off their 50 overs.

They were led by 21-year-old left-hander Shimron Hetmyer, who shone brightest with 106, while opener Kieran Powell chipped in with 51 and Holder, 38.

Shai Hope chipped in with 32 at number three, while tail-ender Kemar Roach frustrated India with an unbeaten 26.

Meanwhile, Barbados Pride defeated the Jamaica Scorpions by 39 runs in their Regional Super 50 Cup second round cricket match at Kensington Oval on Saturday night to finish their Group B exchanges on 19 points. It was their final match of the tournament as they failed to qualify for the semi-finals.

Set 247 to win after Barbados posted 246 for five in 50 overs, the Scorpions seemed on course for victory after a century fifth-wicket stand between Andre McCarthy and Nkrumah Bonner. The pair added 109 but a dramatic collapse triggered by the dismissal of Bonner for 41, saw the Jamaicans fold for 207 in 41.4 overs.

Active COVID-19 cases in SVG now down one

US embassy to move to Jerusalem by end of 2019