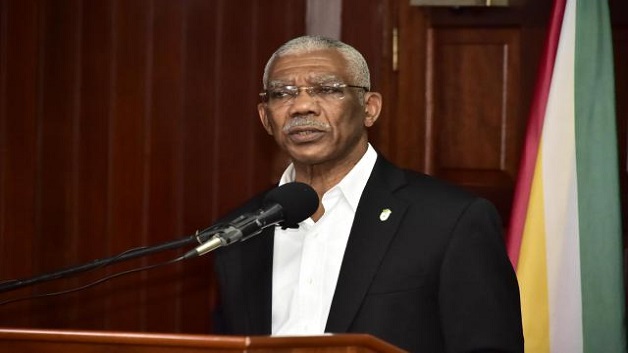 Guyana’s President David Granger has proclaimed today as a national day of mourning for the victims of the massacre of Guyanese fishermen off the Coast of Suriname between April 27 and May 3, this year.

The proclamation which is in keeping with Article 99 (1) of the constitution of Guyana, calls on “all authorities, Boards, Commissions, Corporations, Public Agencies, Ministries and citizens to fly the National Flag of Guyana at half-staff to demonstrate solidarity with the families of those killed in these grisly and gruesome acts and to accord due homage, respect and reverence to the memory of the victims.”

According to survivors, they were assaulted with machetes and forced to jump into the sea by the assailants who are suspected to be of Guyanese heritage.

Some of the survivors also recounted that several victims had batteries tied to their legs.

President Granger, speaking on the sidelines of the opening ceremony for Caribbean Financial Action Task Force’s workshop for judges and prosecutors had described the attack, as a grave one and said it is a setback to successes achieved in the fight against piracy over the past three years.