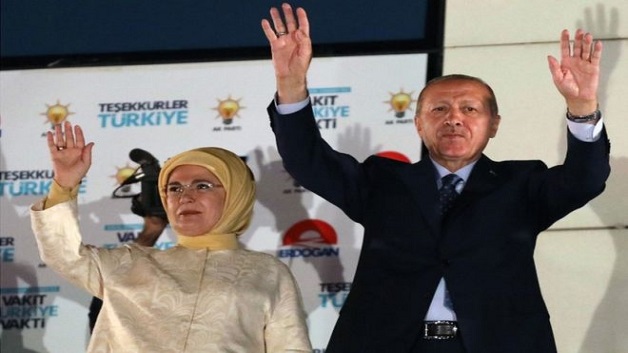 Parliament has been weakened and the post of prime minister abolished, as measures approved in a controversial referendum last year take effect.

Mr. Erdogan polled nearly 53% in the most fiercely fought election in years.