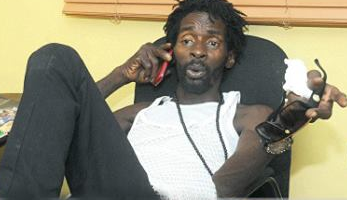 Gully Bop has been making waves this week with a new rumored girlfriend.

According to Urban Islandz a pic has been also making the rounds on social media with fans investigating on who the mystery female is. Bop told us that she is just a fan who came up to him for a picture and a kiss.

“I am not involved with anybody she is just a fan, it seems all of my fans love to kiss me maybe it’s my one teeth,” Bop said.

Gully Bop and Shauna Chin split earlier this month after dating for a little over a year. The couple both blame each other for infidelity but Chin went event further to accuse Bop of taking crack and letting fame get to his head.

St. Vincent and the Grenadines and Taiwan continuing to collaborate in the area of...