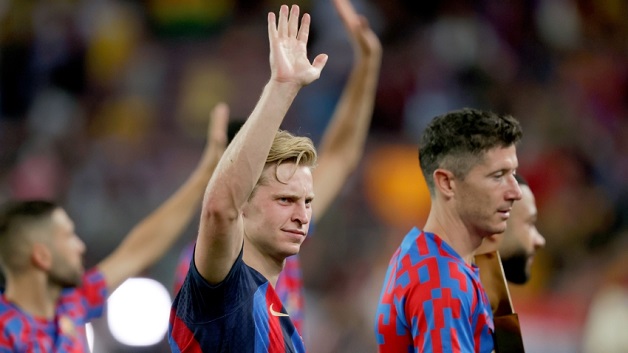 The Premier League side agreed a £63.5m deal for the Netherlands midfielder, 25, last month, but the move is yet to be finalised.

De Jong came on at half-time and scored in Barcelona’s 6-0 friendly win over Pumas UNAM on Sunday.

“He is a Barca player of great quality and we want him to stay,” said Laporta.

“He has offers but we want him to stay and he wants to stay too.”

De Jong has been linked with a move to Chelsea, but is also a key target for new Manchester United manager Erik ten Hag, whose side lost 2-1 at home to Brighton on Sunday in his first game in charge.