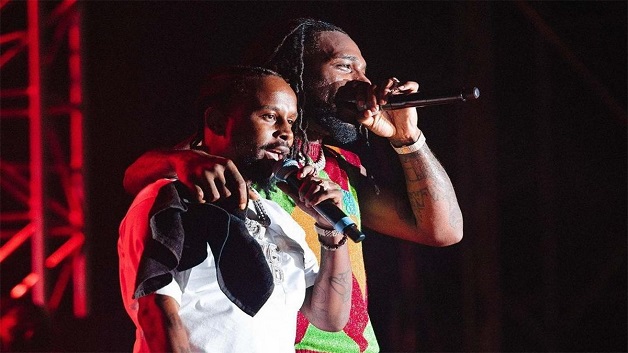 The debut edition of the Kultureland 2-day music festival offers a musical melting pot of Afro-fusion, Latin Urbano, Dancehall and R&B music to fans at the Markham Fairgrounds. The African Giant headlined night-1 to kick off the Canadian leg of his Love, Damini Summer 2022 Tour.

Midway through what looked like Burna’s solo performance of T.A.S. (Toni-Ann Singh), Popcaan burst onto the stage to screaming fans, as he deejayed and stealthily whined his waistline to his verses in true Dancehall style.  The song, produced and co-written by Jamaican producers Andrew ‘Anju Blaxx’ Myrie and Amilcar ‘Cobe’ Smith, is a tribute to the Jamaican beauty queen, who is rumored to be dating Popcaan.