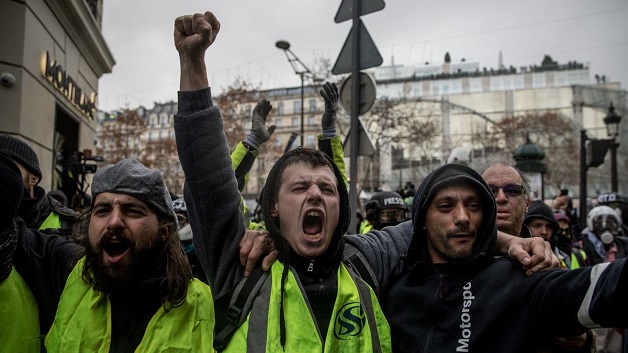 France’s president, Emmanuel Macron, will address the nation later today amid widespread protests that over the past four weeks have morphed from a grassroots movement against fuel tax hikes, to disparate demonstrations against his presidency.

According to CNN News, there were disruptions in up to 120 schools across the country — including 40 schools completely blockaded by students — a spokeswoman for the Education Ministry said.

Four fans killed in stampede at game in Honduras