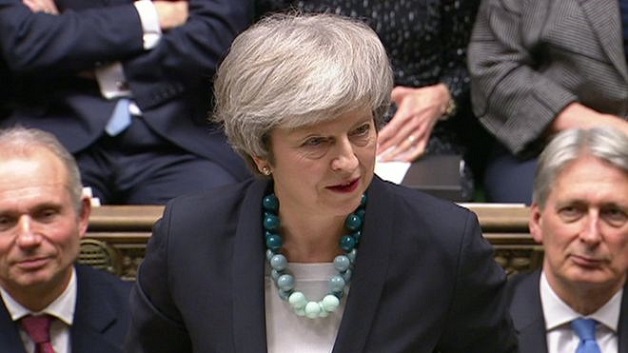 UK Prime Minister Theresa May says she has called off Tuesday’s crucial vote on her Brexit deal because it “would be rejected by a significant margin”.

She said Members of Parliament (MPs) backed much of the deal she has struck with the European Union (EU) but there was concern over the Northern Irish backstop.

According to BBC News, she said she believed she could still get the deal through if she addressed MPs’ concerns. And that, she added, was what she intended to do in the next few days.

However, Speaker John Bercow – who chairs debates in the House of Commons – called on the government to give MPs a vote on whether Tuesday’s vote should be cancelled, saying it was the “right and obvious” thing to do given how angry some MPs were about the cancellation.

In her statement Mrs. May said she would be “deferring” the Commons vote until she had made efforts to address concerns over the Northern Ireland border “backstop” plan.

She has not so far indicated when the Commons vote on her deal will be held – but she did note that it would have to happen before January 21.