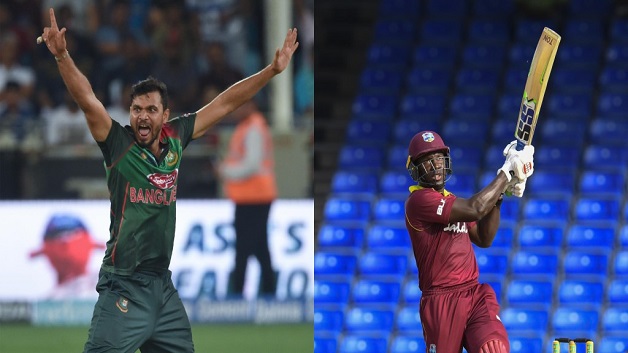 In their reply, Bangladesh got to 196 with the loss of five wickets off a mere 35.1 overs.

Mush-fi-qur Rahim helped himself to 55 not out, while Liton Das 41 and Shakib-al-Hasan 30 also got in on the runs.

Roston Chase was the most successful West Indian bowler with figures of 2-47.