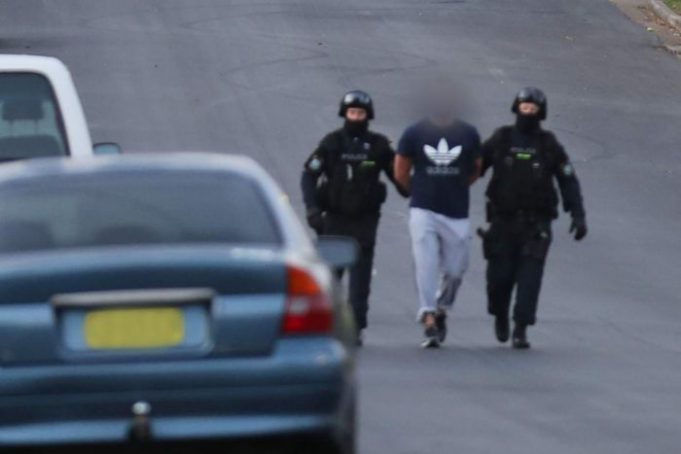 Four people were detained in Sydney, Australia, in relation to the killing of a police worker.

According to BBC News, police said more than 200 officers swooped on several properties early today, arresting males aged between 16 and 22. A fifth man was held over unrelated fraud charges.

Mr. Curtis Cheng, age 58, was shot dead outside his office on Friday in what police are treating as a terror attack.