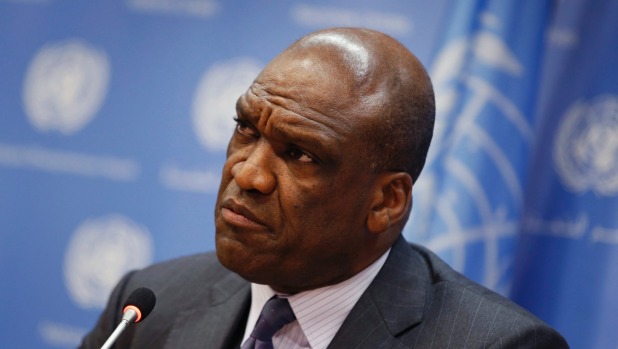 A “former Prime Minister” of Antigua and Barbuda is being cited as having received portions of the bribes paid to ex-diplomat John Ashe, in the recently announced UN bribery scandal.

On Tuesday, Dr John Ashe, Antigua and Barbuda’s former ambassador to the United Nations, was arrested in New York on charges related to a long-running corruption scheme, headed by a Chinese developer.

These claims come directly from a criminal complaint form/charge sheet, signed by representatives of both the United States Magistrate Court and the Federal Bureau of Investigations (FBI).

According to the report, Dr Ashe received US $800, 000 from “various Chinese businessmen”, and in return “supported these businessmen’s interests within the UN and with senior Antiguan government officials, including the country’s then-Prime Minister, with whom Ashe shared a portion of the bribe payments.”

According to the Antigua Observer, the report failed to provide a name, but based on the time periods listed (2011 – 2014), the “Prime Minister” at the time would have been Baldwin Spencer, who is reported to have received two separate payments from Dr Ashe of US$170,000 and US$100,000.

The Project Men 2020 to host a Fatherhood Seminar next month