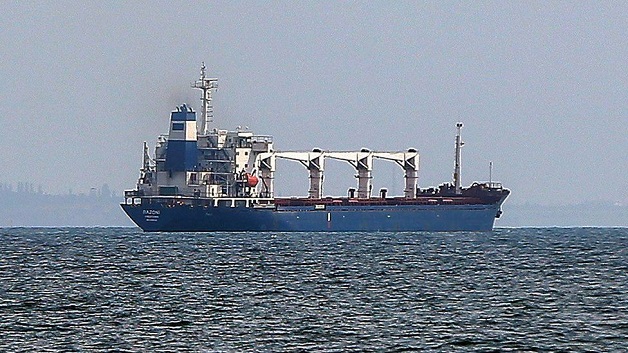 The first grain ship to depart Ukraine since Russia invaded has arrived in Turkish waters and completed inspections, Ankara says.

Carrying 26,000 tonnes of corn, the Razoni was inspected by officials from Russia, Ukraine, Turkey and the UN.

It is unclear how quickly the ship will be able to sail onwards to Lebanon, its final destination.

Russia has been blockading Ukraine’s ports since it invaded in February, intensifying global food shortages.

Under the terms of a deal brokered by Turkey and the UN last month, both sides have agreed shipments can resume.

Ukraine said its naval vessels will guide cargo ships through waters which have been mined.