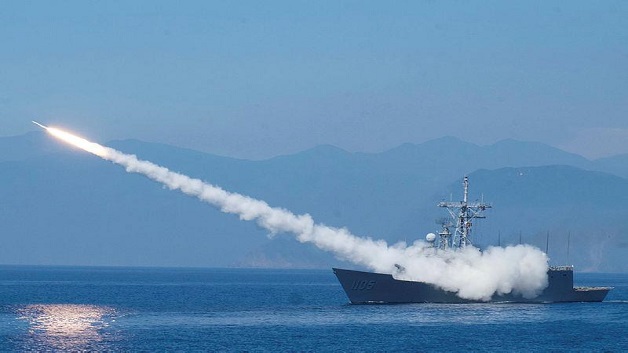 Taiwan has accused China of imitating North Korea by firing missiles into the sea around the island.

The launches, just miles from the coast, followed US House Speaker Nancy Pelosi’s visit to Taiwan on Wednesday.

North Korea – a strong ally of China’s – has been accused of igniting tensions in the region by repeatedly launching missile tests in recent months.

China sees Taiwan as a break-away province that will eventually be brought under its control – by force if necessary.

The US, for its part, does not officially recognise Taiwan. It does, however, maintain a strong relationship with the island – which includes selling weapons for Taiwan to defend itself.