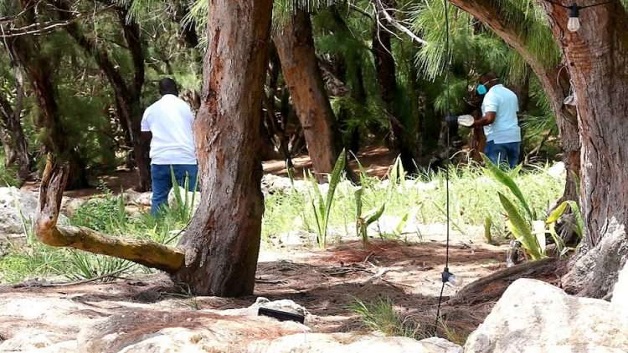 Police are yet to identify the bodies of two men found at Long Beach, situated on the most south-easterly point of the island on Tuesday. Two fishermen made the discovery.

“Yes we can confirm the deaths of the two young men. They have not yet been identified and we are still asking persons who might have missed some member of their family….to reach out to the police station.

“We are reaching out to the public to help solve this matter, if anything anyone might have seen in the last 24 hours that might be suspicious, we are asking them to contact us,” a police spokesman told reporters on the scene.

He said the dead men could be in their 20s. The authorities said the bodies of two men, clad in beach shorts and t-shirts, were found with a number of bullet wounds. The bodies were found under some sea grape and casuarina trees.