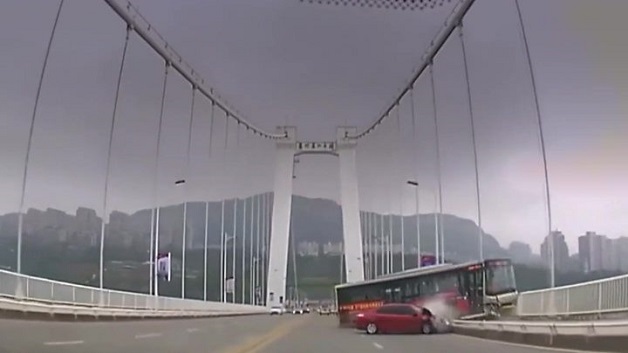 Security footage from a bus which crashed into a river in China has revealed that the driver was fighting with a passenger moments earlier.

The bus plunged 50 meters off a bridge into the Yangtze River in Chongqing on Sunday where at least 13 people died and two more are missing.

Early reports said the bus had swerved to avoid an oncoming vehicle but the new footage shows the driver was being hit by a passenger and then struck her back.

The bus, travelling at speed, then turns into the opposite lane and smashes through the safety barriers, before the footage cuts out.

According to the BBC, Police have said the fight was the cause of the crash.

Passengers can be heard screaming in the disturbing footage shared by Chinese state media.

80 per cent of SVG’s electricity to be produced by renewable energy in the...

Stigma and discrimination regarding HIV/AIDS remains an area of concern for the National Health...