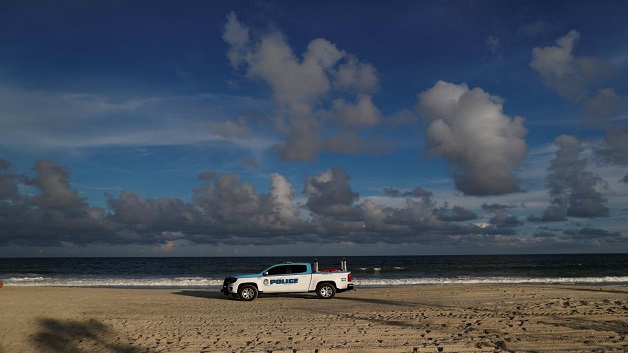 Beach communities in North and South Carolina emptied out today as Hurricane Florence threatened to unleash pounding surf and potentially deadly flooding as the most powerful storm to make a direct hit on the south-eastern states in decades.

Florence a Category 4 storm, had maximum sustained winds of 130 miles per hour and was on a trajectory that showed its center most likely to strike the southern coast of North Carolina by Friday, the National Hurricane Center (NHC) said.

Updated NHC forecasts showed the storm lingering near the coast, bringing days of heavy rains that could bring intense inland flooding from South Carolina, where some areas could see as much as 40 inches of rain, to Virginia.

Jeff Byard of the Federal Emergency Management Agency (FEMA) invoked a former boxing champion to warn residents that it would bring “a Mike Tyson punch to the Carolina coast.