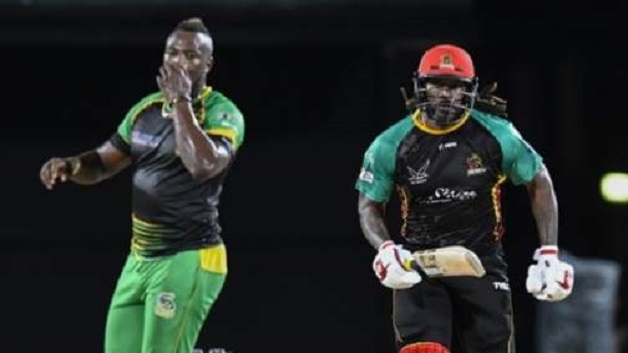 West Indies superstars Chris Gayle and Andre Russell have been drafted as ‘icons’ for their respective franchises in the Afghanistan Premier League which bowls off next month.

In the draft staged on Monday, Balkh picked up the veteran Gayle as their ‘icon’ player while Nangarhar snatched up all-rounder Russell.

They are the only West Indies players involved in the inaugural tournament which runs from October 5-21 at the Sharjah Cricket Stadium.

Both players are currently campaigning in the Caribbean Premier League which wraps up Sunday in Port of Spain, Trinidad.

Meanwhile, Cricket West Indies (CWI) thanks the Governments of Barbados, Antigua and Barbuda, St. Lucia, Grenada and St. Kitts and Nevis for their partnerships and investment in the upcoming England tour of the Caribbean.

The January to March 2019 series is the biggest and most comprehensive tour in a decade and historically is one of the most economically viable for the region.

Discussions continue with the Governments of Jamaica, Trinidad and Tobago and Guyana over hosting India tour matches in the region next summer after the 2019 Cricket World Cup. With an Australia Women’s tour in 2019 to Caribbean too, there are still a number of matches still to be scheduled to ensure each International venue hosts WINDIES cricket next year.