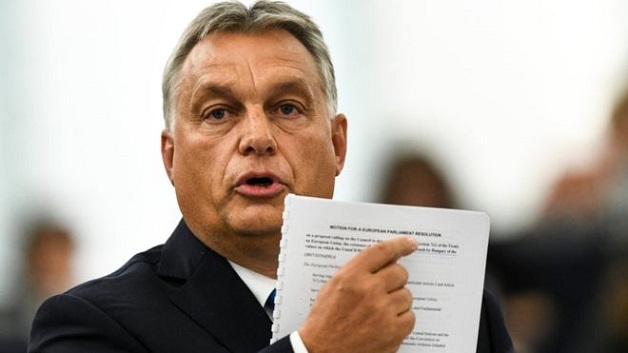 The European Parliament has voted to pursue unprecedented disciplinary action against Hungary over alleged breaches of the EU’s core values.

Prime Minister Viktor Orban’s government has been accused of attacks on the media, minorities, and the rule of law – charges which he denies.

Members of the European Parliament (MEPs) backed the vote by 448 to 197, giving it the two-thirds required for proceedings to go ahead.

According to BBC News, the ultimate sanction, the suspension of Hungary’s voting rights, is unlikely as Poland is likely to veto any such move.

WEFM ranks fourth in recent survey of most listened to radio station in St....

World number one and two beaten at Indian Wells

Students must be taught to take care of resources provided at school says Ministry...