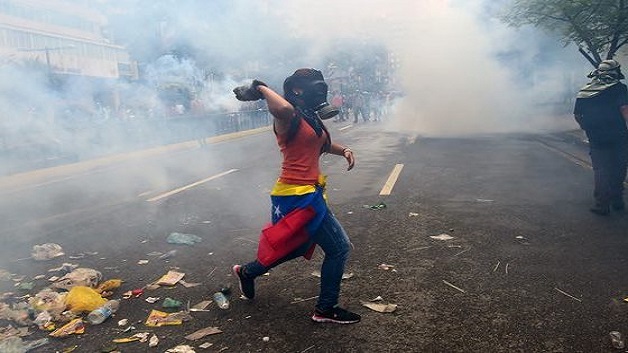 The Caribbean chapter of the International Network in Defence of Humanity has called on leaders within CARICOM to send a fact-finding mission to Venezuela so it can make “an informed” analysis about the situation there.

In a statement issued on the weekend, spokesman David Commissiong suggested that what was being reported in Western media and claimed by Western institution was not a true reflection of what is happening in the Spanish-speaking oil-rich nation.

There have been almost daily anti-government protests in the past several weeks, with Police in riot gear having used tear gas, rubber bullets and fire hoses to drive back protesters armed with stones and petrol bombs.

Clashes between police and protesters have left more than 30 dead in the past month.

According to Caribbean 360 News, Commissiong said that on his visits to Venezuela, he found “the reality….significantly at odds with the impressions and images presented by the powerful Western media corporations”.

Dad kills 14 family members before hanging himself in India

St. Vincent and the Grenadines makes $100,000 relief donation to Dominica