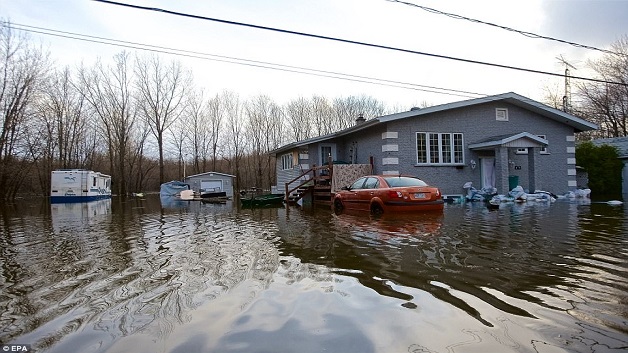 Four people are missing after some of the worst flooding in decades in parts of Canada.

In the eastern province of Quebec, police are searching for a man and a toddler who were swept away after their car swerved into a river.

In British Columbia, on the other side of the country, rescue crews are searching for two men, including a fire chief who went missing late on Friday.

Flooding has also affected the provinces of Ontario and New Brunswick.

Austria to shut 7 mosques and could expel dozens of imams in crackdown on...

Trinidad and Tobago rattled by a 4.3 earthquake