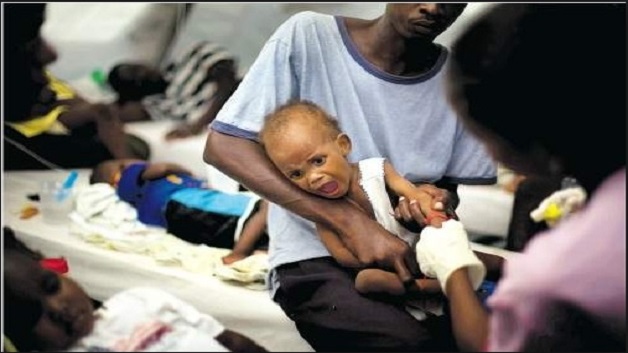 The Pan American Health Organization (PAHO) says the number of suspected cholera cases reported in Haiti, up to April 8, 2017, has decreased when compared to the same periods in 2015 and 2016.

In its latest report, PAHO says to date 4,871 suspected cholera cases have been reported in Haiti, including 69 deaths.