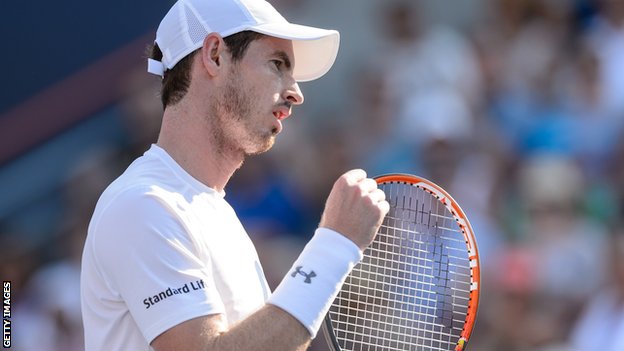 The Scot, ended an eight-match losing run against the world number one to prevail 6-4 4-6 6-3 in Montreal. Murray beat Djokovic to win the US Open in 2012 and did so again to triumph at Wimbledon in 2013.

Prior to Murray’s win in Montreal, his 35th career title, he had lost four times to Djokovic in 2015 – in the Australian Open final, Indian Wells semi-final, Miami final and French Open semi-final.

However, Sunday’s success in Canada was his first against the Serb since he ended Britain’s 77-year wait for men’s singles glory at SW19.

The clash at Roland Garros went to a fifth set after Murray had lost the first two but this time he managed to take the opening set, breaking serve twice to do so.

The British number one from Dunblane, who is now up to second in the world rankings, is unbeaten in 48 matches when winning the first set this year.