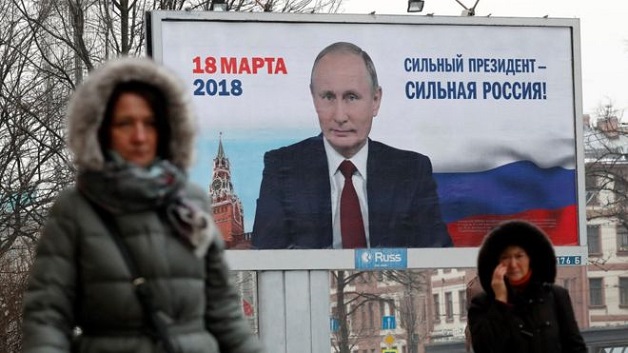 An expected US report that could sanction Kremlin-linked oligarchs is an attempt to influence Russia’s March presidential election, Moscow has said.

The US treasury report is expected to detail the closeness of senior Russian political figures and oligarchs to President Vladimir Putin, who is standing for re-election.

US officials accuse Russia of meddling in the 2016 US presidential elections.

According to BBC News, Mr. Putin’s spokesman said the forthcoming report would be analysed.