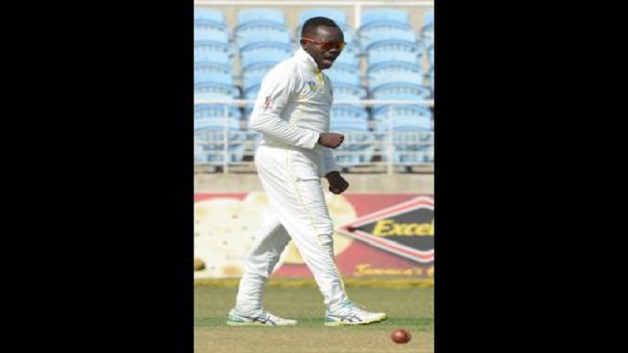 Veteran Chris Gayle struck a scintillating 25th One-Day International hundred and passed 10,000 career runs, but the task of completing their highest-ever successful run chase proved too much for West Indies, and they slipped to a 29-run defeat to England in an entertaining fourth ODI yesterday.

Faced with a daunting target of 419 at the Grenada National Stadium the West Indies appeared poised to spring a massive surprise when the left-handed Gayle smashed a breathtaking 162 off 97 deliveries.

But despite Darren Bravo’s 61 from 59 balls and Carlos Brathwaite’s maiden ODI half-century in gathering 50 from 36 deliveries towards the end, the Windies suffered a late collapse to be all out for 389 off 48 overs – their highest ever ODI total.