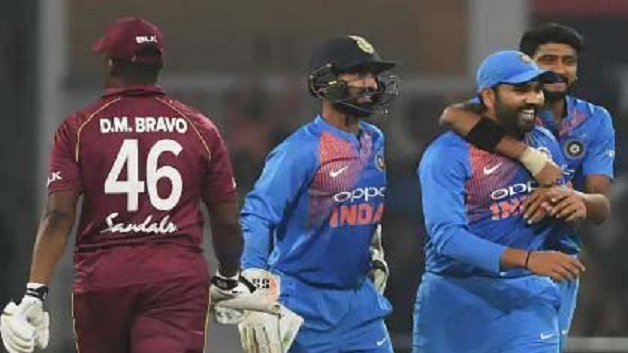 Another dismal performance led to another depressing result as West Indies suffered yet another series defeat with a heavy 71-run crushing at the hands of India, in the second Twenty20 International yesterday.

Chasing an impressive 196 for victory at the Indian stadium, Captain Rohit Sharma hit a record fourth T20 hundred, West Indies fell apart in their run chase, stumbling to 124 for nine off their 20 overs.

Left-hander Darren Bravo top-scored with 23 and tail-ender Keemo Paul got 20 but they were the only two to pass 15, as the innings never got going for the second straight outing in the three-match series.

According to CMC News, for the Caribbean side, the series defeat was their fourth consecutive and they have now also lost nine of their last 11 T20 Internationals inside the last 12 months.