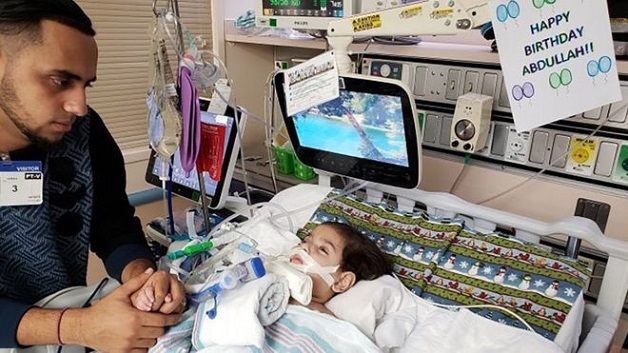 The Yemeni mother of a toddler dying in the US has arrived in California to visit him after the Trump administration relaxed its travel ban.

The mother, who currently lives in Egypt, was initially prevented from entering America.

Her son, two-year-old Abdullah Hassan, was born with a brain disease that doctors say he will not survive.

According to the BBC, Abdullah’s father, Ali Hassan, age 22, has said the visit will allow the couple to “mourn with dignity”.

The boy’s mother landed at San Francisco International Airport late on Wednesday and was greeted by crowds of well-wishers.

She is now expected to travel to the children’s hospital in the city where her son is currently on life support.

The Department of State granted her permission to enter the US on Tuesday morning, according to the Council on American-Islamic Relations (CAIR), a non-profit advocacy group representing the family.