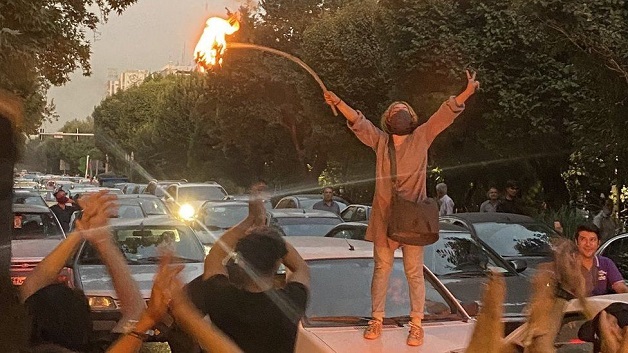 Women have been at the forefront of escalating protests in Iran sparked by the death in custody of a woman detained for breaking hijab laws.

Crowds cheered when women burned their hijabs on a bonfire in Sari on Tuesday, the fifth successive day of unrest.

Activists said a woman was among three protesters shot dead by security forces in Urmia, Piranshahr and Kermanshah.

Authorities accused protesters of killing two civilians in Kermanshah as well as a police assistant in Shiraz.

At least seven people are now reported to have been killed since protests against the hijab laws and morality police erupted after Mahsa Amini’s death.

The 22-year-old Kurdish woman from the north-western city of Saqez died in hospital on Friday, after spending three days in a coma.

She was with her brother in Tehran when she was arrested by morality police, who accused her of breaking the law requiring women to cover their hair with a hijab, or headscarf, and their arms and legs with loose clothing. She fell into the coma shortly after collapsing at a detention centre.