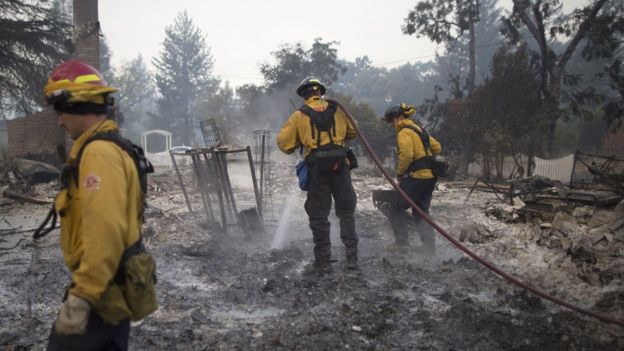 A blazing wildfire in northern California has grown to 104 square miles, with nearly 600 homes destroyed.

The so-called Valley fire is thought to be one of the worst in the state’s history, and is still only 30% contained, spanning three counties.

One disabled woman has died and four firefighters have been injured, while 23,000 people have been forced to flee their homes.

Officials say fire teams have been helped by cooler weather and higher humidity, although the forecast is for higher temperatures to return at the weekend.