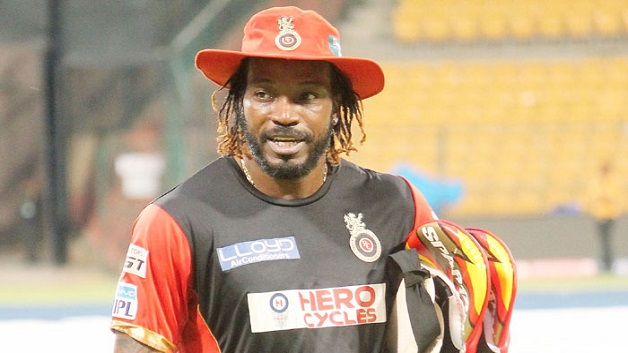 The veteran left-hander, who has not played for West Indies in 12 months, hit a sparkling 38-ball 77 – his first half-century in 17 T20 innings – as RCB, sent in at the Saurashtra Cricket Association Stadium, raced to 213 for two off their 20 overs.

Gayle with 32, six and 22 in his three previous innings in the tournament, entered the game just three shy of the 10, 000-run mark. And he achieved the mark in the fourth over of the innings and in his 290th T20 game when he edged seamer Basil Thampi to third man.

He then unleashed his full powers, blasting five fours and seven sixes as he raced to his 61st T20 half-century off just 23 balls.

Gayle now has 10, 074 runs, well ahead of New Zealander Brendon McCullum who is second on the run-getters list with 7, 596, with Australian Brad Hodge third on 7, 338 and West Indies power-hitting Kieron Pollard fourth with 7, 087.